​Our Board of Directors

​Officers
​Ursula Williams Secretary
Ursula works for the University of North Texas as a Web & Social Media Strategist within the College of Visual Arts & Design. She is also a UNT Ally, helping to support the University’s mission of providing a culturally diverse and mutually respectful environment where every member of the university community can feel safe, respected, and accepted. Ursula also contributes time to the Greater Denton Arts Council where she has been a part-time staff member for 9 years. She enjoys living and working in Denton, which is oftentimes described as “the next Austin, Texas" because of the city's vibrant and welcoming art and music community. She enjoys spending free time with friends and family, planning outings and mixers, and is currently working on helping develop the first Denton Independent Motorcycle Show, which will showcase uniquely built custom motorcycles, art exhibits, and area bands, as well as locally famous food trucks and breweries.
Board of Directors

Michael McDermott
A lifelong resident of Fort Worth, Mike graduated from the University of North Texas with a B.A.
in Television and Film, so naturally he went straight into landscaping. He’s worked at KXAS/Channel 5 for
almost two years, running studio camera and doing news writing. In 1983, he started his own landscape
design businessand has been doing that ever since.  A self-described “volunteer-aholic,” Mike has
helped out a variety of organizations from the Fort Worth Zoo to the Fort Worth Historical Society. He
began volunteering for QCinema in 2003 and has been instrumental in fund-raising activities and film
procurement as well as bringing Leslie Jordan’s one-man show, When You Swish Upon a Star, for a sold-
out engagement at Casa Manana. He’s also happily joined at the heart to his partner, Stan.  ​ 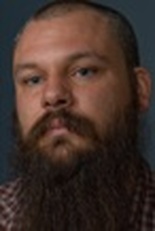 James Johnston Advisory Board
Johnston has been making independent films for about eight years, primarily as a writer, producer and director. His works include Merrily, Merrily; Deadroom; GDMF; and the feature Ciao, on which he served as co-producer. Recently, James wrapped production as producer on the feature film St. Nick and he is preparing to direct a new short and a music video for the Theater Fire and Bosque Brown. He did not attend film school and took his first fateful step toward filmmaking by volunteering to work on an ultra low-budget film. From there, he kept working on films in various roles and this is how he collected a great group of friends and collaborators that he works with on a regular basis. In addition to the QCinema board, James is on the advisory board and programming committee for the Lone Star International Film Festival. When not working on films and festivals, he is executive chef for his wife Amy McNutt’s award-winning vegan restaurant, Spiral Diner & Bakery. ​